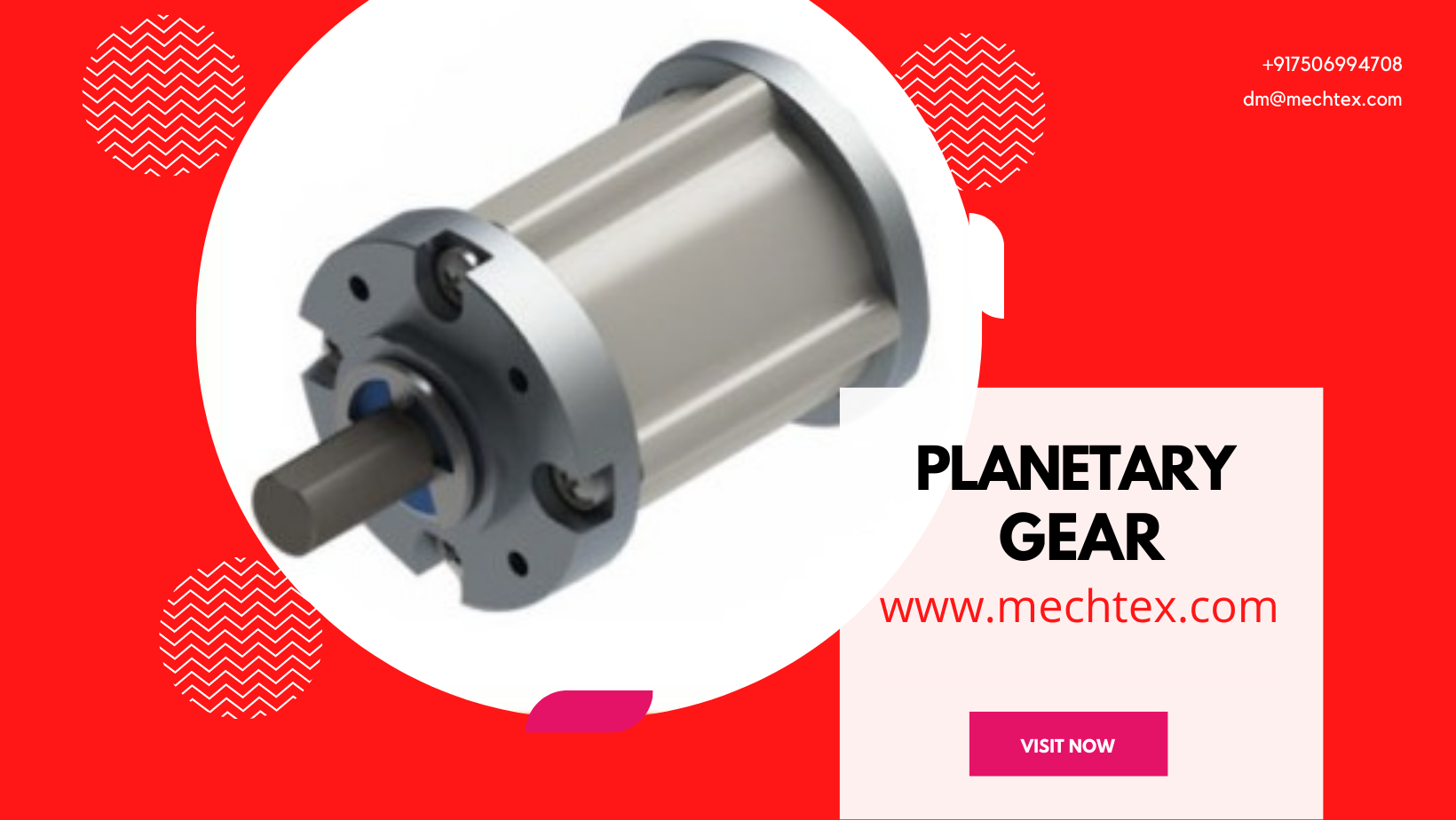 A planetary gearhead is a device in which the output and the input shafts are aligned. The primary function of the planetary gearhead is to offer the greatest torque in the most compact manner. They offer a greater torque and a higher reduction ratio per gear train. They are made of good quality composite materials.

Why the name ‘Planetary’ ?

The planetary gearbox gets its name from its resemblance to our planetary system. Just like our solar system, it consists of a ring gear (satellite), a solar gear (sun) and two or more planet gears (planets) set together. The solar gear is usually moving and also puts the planet gears in motion which are bolted in the planet carrier. These make the output shaft. The ring gears are stationary and have a fixed location with respect to the surrounding components. This complete assembly resembles the solar system, also known as the planetary system and hence the name planetary.

Planet gears : There are multiple planet gears between the sun and the ring gears.

These three components make one stage of a planetary gearhead. One can devise double or triple stages for greater ratios. Also, the torque density can be increased by using a greater number of planet gears between the sun gear and the ring gear. Planetary gears can be excited with the help of a motor.

The planetary gearboxes are used to energise anything, be it a simple plant device or some cutting edge electrical system. These are basically used in applications that require higher torque density, good functional efficiency and higher durability.

The collective sharing of the load by numerous teeth allows the planetary parts to give out higher levels of torque.

Consider, the sun gear has s teeth, planetary gears have p teeth and the stationary annulus has a teeth, then

Depending on their performance, one can classify planetary gears into three types :

The wheels can be put together over the housing of the system. This type has the advantage of optimizing the size of the system by connecting the wheel directly to the gearbox.

Higher torques can be obtained