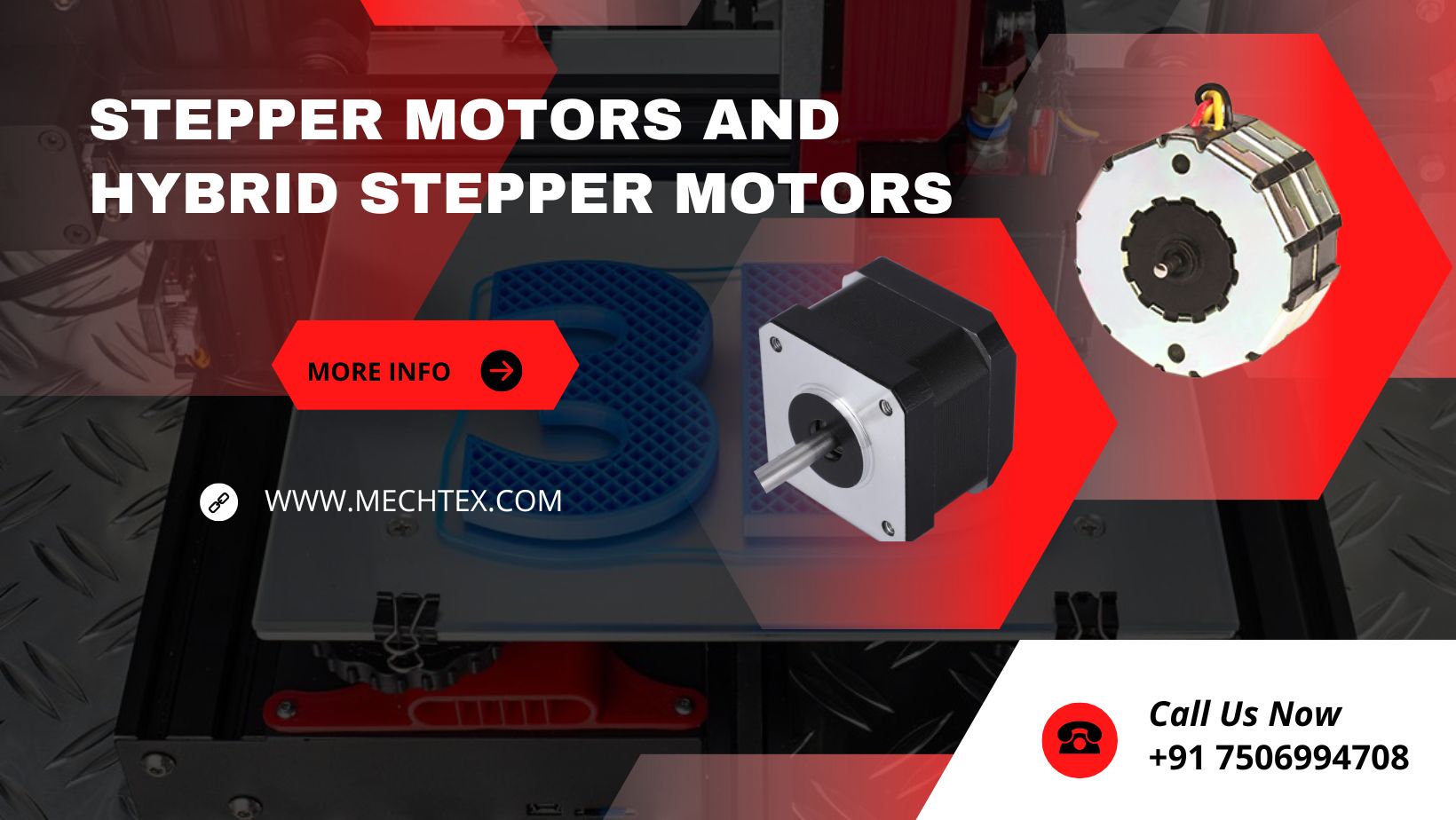 A brushless DC (BLDC) electric motor that divides a full rotation into a number of equal steps motor is known as Stepper Motor.

The main types of stepper motors include

The main difference between BLDC & Stepper can be understood by clock analogy. The clock needle rotates in steps. The analog clock consists of Single-phase stepper motor, energized by an electrical crystal.

In BLDC and DC motor, the supply voltage and driver setting directs the Speed and other characteristics of the motor. However, these motors upon giving a start or stop command, do not act instantaneously because of moment of inertia maintains by electro-mechanical force.

In automation industry frequently the application demands the assembly or job work to operate in an organised manner, which can be controlled and monitored. In a 3D printer, for instance, the accuracy of the motor position on the XY plane is essential to maintain. This cannot be accomplished with accuracy and high reproducibility without proper control mechanism. A complex and expensive electronics would be required to achieve this with DC or BLDC motor.

The Stepper Motor is a motor which rotates in discrete steps. Thus it can be controlled to operate at a discrete position / angle accurately and reliably.

There have been numerous advancements in the 19th century by many scientists. In 1918, Frank W. Woods patented a motor based on 5 stator coils. This is the first known application of the stepper motor.

The modern stepper motor combines the functionality of the variable reluctance and permanent magnet, known as hybrid stepper. The first variable reluctance stepper motor was patented by Thomas and Fleischauer in 1957. These motors gained popularity because it could be used in a wide range of environments, as many different rotational speeds can be achieved because the speed is proportional to the frequency of pulse inputs.

With increasing demand in the market, in 1926, NEMA (National Electrical Manufacturers Association) - a large trade association of electrical equipment manufacturers in the US standardized the manufacturing guidelines for the alternating-current (AC) and direct-current (DC) motors in USA. NEMA standardization put design and performance criteria for various motors to synchronize the applicability of various manufacturers across the globe. The association sets the safety criteria for the construction, performance, and design ratings of electrical components. This allowed the standardization of parts from different manufacturers. The primary purpose of NEMA standards is to make choices simpler and expand the scope of applications.

- Use Video on Blog

The USA was one of the first sovereign nations, and before the SI standard was adopted globally, they constructed its machinery in accordance with Non-SI standards. As a result, the motor standards were created specifically for the USA. Later, the worldwide SI-system based IEC 60034 (International Electromechanical Commission) was published for motor manufacturers regularization, compatibility and standardization.

Earlier IEC ratings were specific to the Asian and European markets. As the world move towards globalization, electrical designers and engineers have had to conform to IEC standards.

NEMA and IEC motors are similar in size, efficiency and output power. Both also have standards in place to designate:

The general construction of Hybrid Stepper motors is as shown below:

A general specification of popular NEMA motors available at Mechtex are summarised as below:

Please note, higher the diameter, higher the torque and load will be generated by the stepper motor